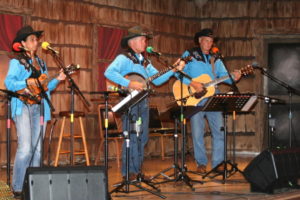 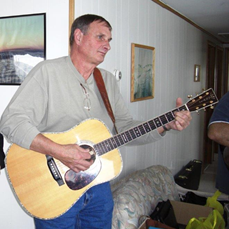 Joe Zavacki is a resident of Brick, NJ  and a member of the AMG  and has played guitar in St Martha’s R C church Harvest Folk Group for over 30 years.

After a few month’s playing at Albert Hall picking shed, Joe met Paul and Maria Petrone and the band  Custom Blend  was formed.

Due to their success and demand by their fans, Custom  Blend continue to perform at Albert Hall,  farmer markets, B O T M A in Little Silver,  country clubs,  local libraries, and the porch of Mrs. Duff’s gift shop in Smithville NJ.

On Thursday nights Custom Blend can be found performing at the municipal Gazebo located in down town Barnegat from mid June to mid September.

In Joe’s hometown of Brick, he has played at Finn’s  and Rockin Joe’s both in Point Pleasant, the Lamppost, Stay Gold and is regular at the Artist Guild song circle which meets every third Sunday of the month  in Island Heights  NJ.